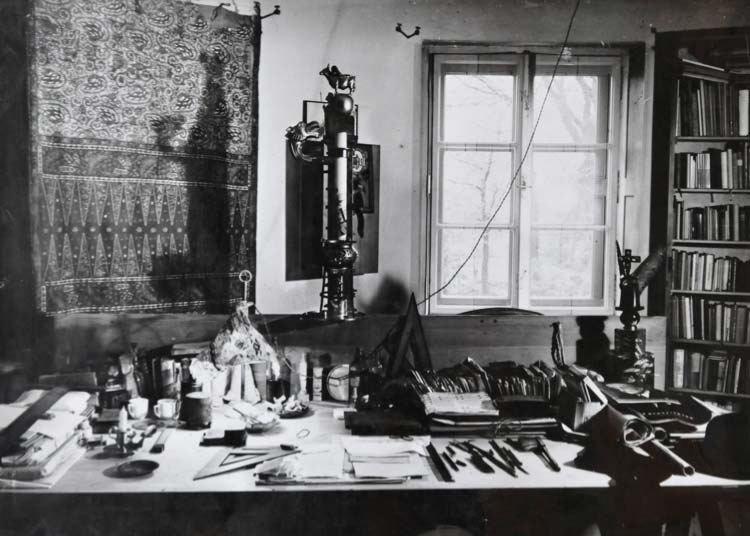 In 1921 at the age of 49, Jože Plečnik returned to Ljubljana to become professor at the newly established school of architecture. For the next thirty-six years, until his death in 1957, Plečnik would shape the form and the image of the Slovenian capital in response to the demands of modernisation and as part of an artistic quest to define a national architecture. The architect did not only design major public institutions like the National and University Library and the cemetery, he also attended to the civic infrastructures of the city, designing the open market, the Ljubjanica River Bank and several bridges. It is unusual for a single architect to have so broad a reach in a single city, and Plečnik’s work is rare in how it can adapt in ambition and elaboration in response to different tasks, so while the library is monumental in both its scale and in its formal and material elaboration, the open market, repetitive and made in concrete, is every bit as civic in intent, but with its own appropriate and carefully measured character.

We will spend our week in Ljubljana recording its public building, using drawing, photography and writing. We will meet with architects and historians to hear the stories of the city, we will visit archives to more fully understand how this amazing transformation of the city was enacted, and what instruments were deployed in its construction.

The seminar week is closely related to the themes of the design studio and we encourage students to enrol in both.

The costs are approximately 500-700 CHF including Transportation, Accommodation, 1 dinner, Entrances, Guides and Reader.