What is it worth?

Recent events have changed our perception of what things are worth. The strict measures intended to safeguard public health have the effect of overturning many principles we thought were intrinsic to society. The primacy of work, the growth of the economy, being busy all of the time, these things are challenged by the Swiss Federal Government’s declaration of a national state of emergency. The demand to self-isolate denies us the possibility to be social. The open ended timescale of these measures has caused an existential shift, one that is difficult but also offers a rare glimpse through a fracture in the edifice of contemporary life.

The work that you presented on the 11th March engages with exactly those qualities that are being constrained by current events, and  yet life has to go on. Under these circumscribed conditions it is possible that some essential qualities of our society might reveal themselves. We will continue to use the practices of our nine artists to describe and work with the interregnum we find ourselves living through. You will develop the relationships with the people and places that you encountered in the first project, and encourage emergent themes to bloom. We will continue to engage with and track our five Zurich sites, but now these investigations will be conducted remotely, from the safety of your room, which will become your laboratory, the stage of your theatre, and your political place of action. Communications within the studio will also be constrained with remote teaching and discussions replacing the collective space of the studio. We must find new freedoms in these apparent limitations.

Our means of communicating will be blogs and books, the former being a continuous journal of your work, the latter a fortnightly chronicle of these times. We will stick with the plan to make a full scale site intervention, but the site for this work will probably be your room, and its material will be what you find between Migros and your flat. The final project will be work that draws on the ideology of the second phase of modernism and suggests what could come next. We will set up a highly structured programme for the remainder of the semester. Desk crits, panels and reading circles will all continue, but at an even quicker and more ambitious pace. Liberated from travel and our social lives we can use our newly freed time to discover new things about what is important to our society and how things could be. 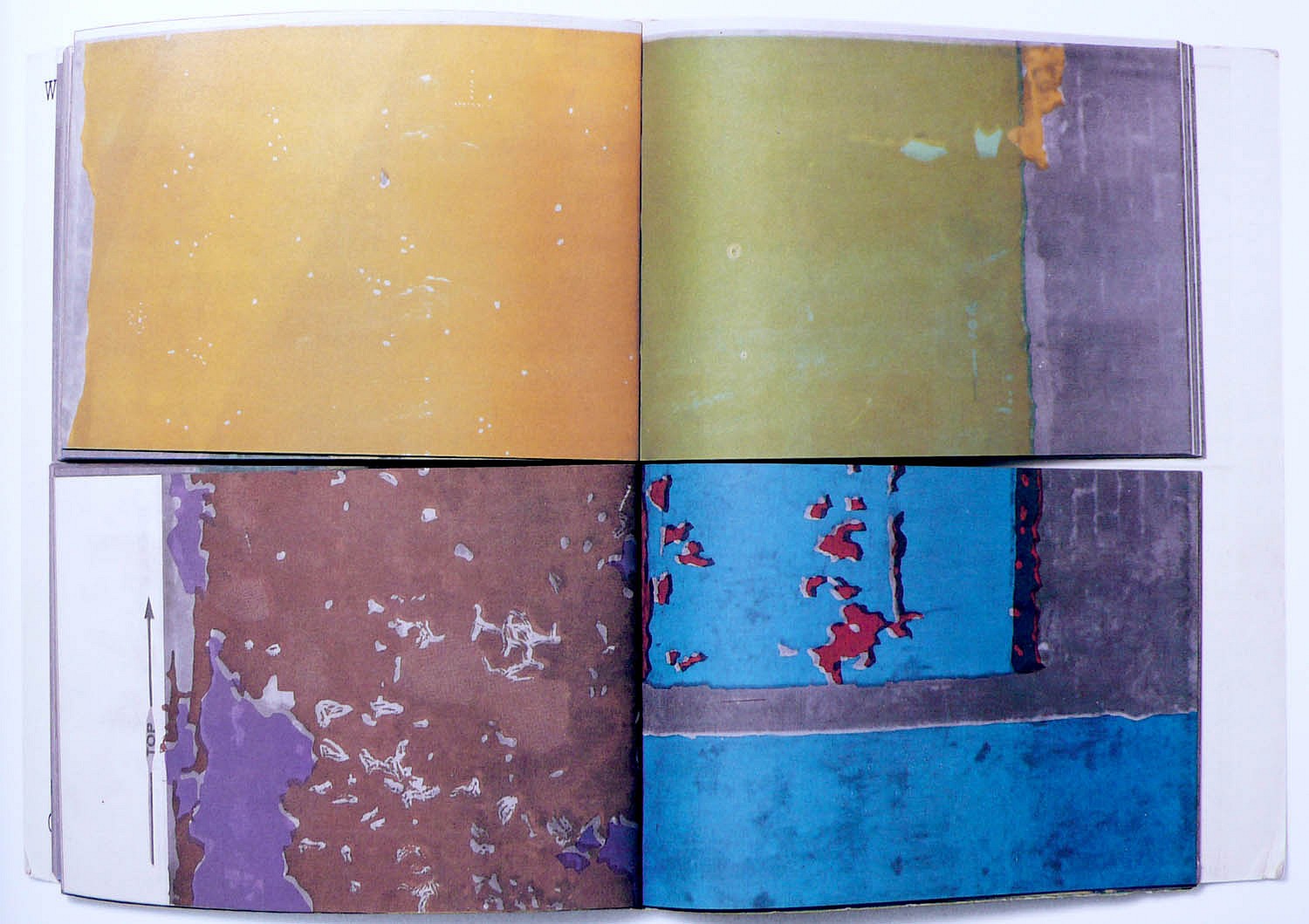 Martha Rosler’s ‘The Bowery in two inadequate descriptive systems’ (1975) transforms the abject poverty of those at the edges of society into a black humour worthy of Samuel Beckett. Gordon Matta-Clark’s ‘Walls Paper’ (1972) shows the crumbling buildings of neighbouring Soho in a way that exposes the physical residue and human stories of the city. Rosler has subsequently written about artists’ complicity, through gentrification, in the commodification of property. But for a decade, artists working in this kind of urban ground zero refused to give up on either the city or its people. This was a time when small, alternative communities took advantage of the frequently selfish freedoms of the sixties to develop something more coherent and substantial, a second phase of modernism that was no longer reliant on post-war positivism and the state, but had not yet succumbed to neo-liberal consumerism.

The 1970s were dirtier, noisier, and poorer than today. In London this was the time of the three day week and striking miners. New York City was also in decline, dangerous, and in 1975 on the brink of bankruptcy. Zürich’s Niederdorf, with its cheap rents and untidy charm was a magnet for Zürich bohemian society, for students, artists, the emerging gay scene, for the marginal, recreational, and not always legal activities of the city. It is apparent that a post-war social democratic consensus was coming to an end, and yet, as crisis followed crisis, a crack within the inexorable progress of capitalism created space for a productive idealism to flower, one that was emancipatory and that worked in a light and provisional way. Out of the hedonism of the sixties emerged feminism, gay rights and environmentalism, taking root in the empty spaces and under-occupied buildings of the inner city. Squatting became a social movement as well as way to live cheaply, new citizens who not only fixed up the decaying building stock, but also brought a new life back into the empty shell of the city, forming communes and other kinds of experimental households. Existence was not defined by work and earnings, but instead by the balance and the artistry that one brought to living, and the way in which individual lives enriched the neighbourhood, and society.

The pressure of capital is consuming the open spaces and under-used buildings that have typically provided the slack for the experimental and provisional uses of Zürich. This semester we will engage with the spirit of the second phase of modernism, and deploy some of its instruments to resist these forces, encouraging instead the conditions of openness, mutability and inclusion that were possible in the ruins of the 70s, and are essential if we are going to make a sustainable and democratic city today. We will use photography to engage with the spaces and people of the city around us, making studies that will be collated into artist’s books. These books will serve as a springing point for interventions on our main site, the unloved buildings that line Thurgauerstrasse, once prestigious corporate headquarters, today standing half occupied, waiting for redevelopment.