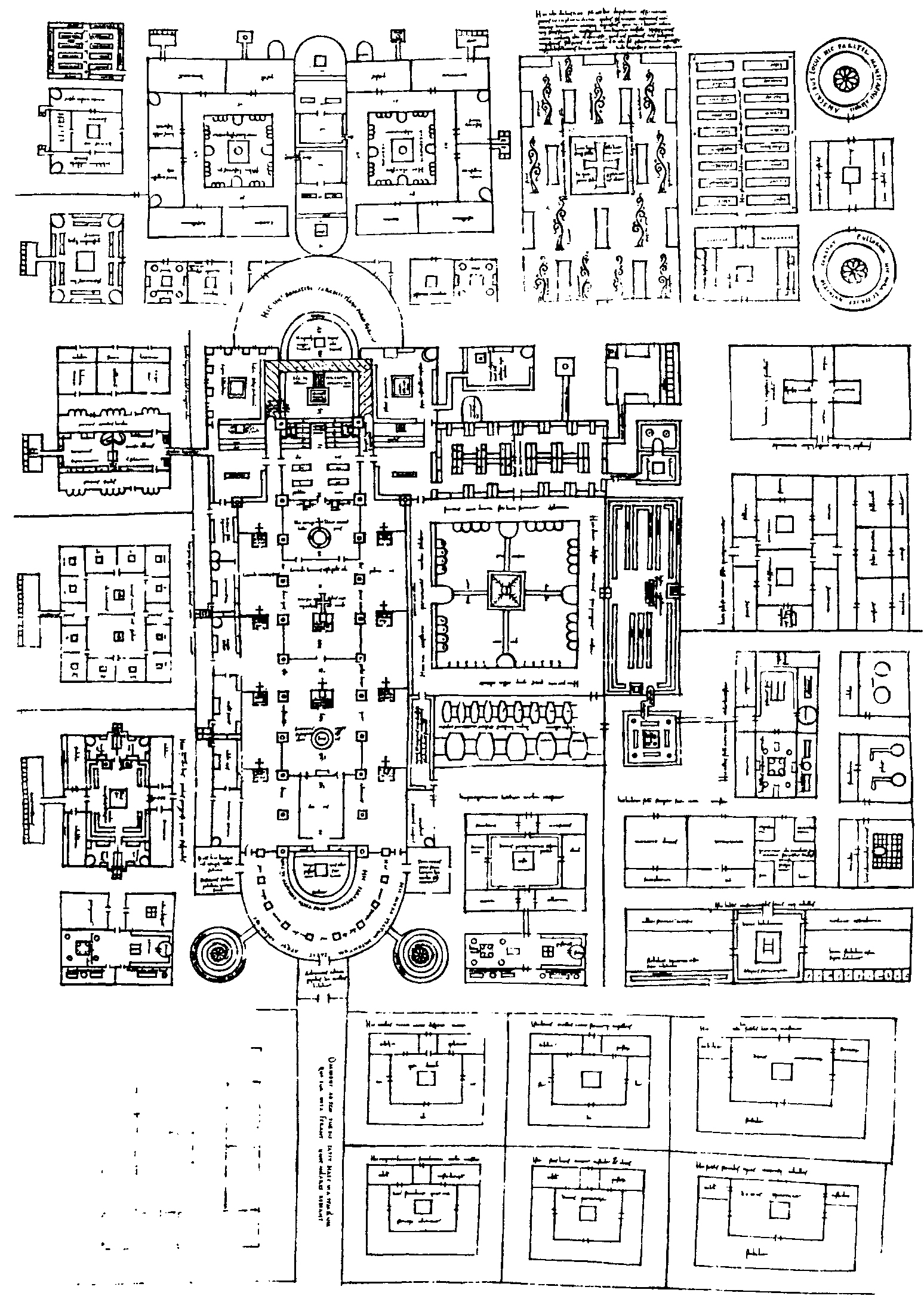 There be in the island fifty-four large and fair cities, or shire towns, agreeing all together in one tongue, in like manners, institutions and laws. They be all set and situate alike, and in all points fashioned alike, as far forth as the place or plot suffereth.
— Utopia, Thomas More, 1516

Institutions are the means by which societies are regulated. Their quality and character are a reflection of a society’s values, and consequently the architecture of institutions has long been a rhetorical and contested subject. While the institutions of Thomas More’s Utopia were reasonable and in harmony with the inhabitants of his ideal society, in reality, institutions are often instruments of power that reflect and perpetuate the inequalities of less than ideal societies. The earliest institutional buildings were places of worship, like Stonehenge, the Acropolis, great monasteries and mosque complexes. In the nineteenth century imperial powers developed new institutional typologies - prisons, courthouses, hospitals and parliaments – buildings that expressed the organisational capacity of the state, as well as power over its dominion. Some, like Joseph Poelaert’s Palais de Justice in Brussels, collapsed into formal cacophony, under the rhetorical weight of Imperial representation. In the post war period the language of modernism was used to express the efficiency of contemporary institutions and the apparent openness of the social democratic state.

A few years ago I visited a new courthouse in France. The building was monumental, abstract and almost entirely black and reflective. The public foyers lacked any human scale and the courtrooms were lined and furnished in blood red. Its icy hardness and fleshy hedonism were alienating like a cavernous and expensive discotheque without the pumping music, chemical catalysts and glamorous dancers. I was shocked and wondered what this building said about justice in 21st century France. A few weeks later a friend showed me a recently completed project for a police station in Holland. We walked right in and everything was bright, welcoming and relaxed. It felt like a community centre, which I suppose is one way of thinking about a police station. Its atmosphere resonated with what I knew about Dutch social democracy.  Victorian buildings like Manchester Town Hall, while expressing a civic pride that borders on the pompous, are still fantastically welcoming in the generosity of their over scaled public foyers and halls, in the vibrant energy of their rich ornament and materials.

This semester we will design very large institutional buildings in Zurich. We will engage with the architectural tradition that such buildings hold, of complex ground plans and developed sections. We will challenge references from the past with regards to how a contemporary public building should respond to the surrounding city, and what a contemporary institution should express. We will also speculate on how one can make representational buildings today, when everything in society militates against us attempting to do so, when many societies consider institution to be a dirty word.

The project will be developed in groups of two.