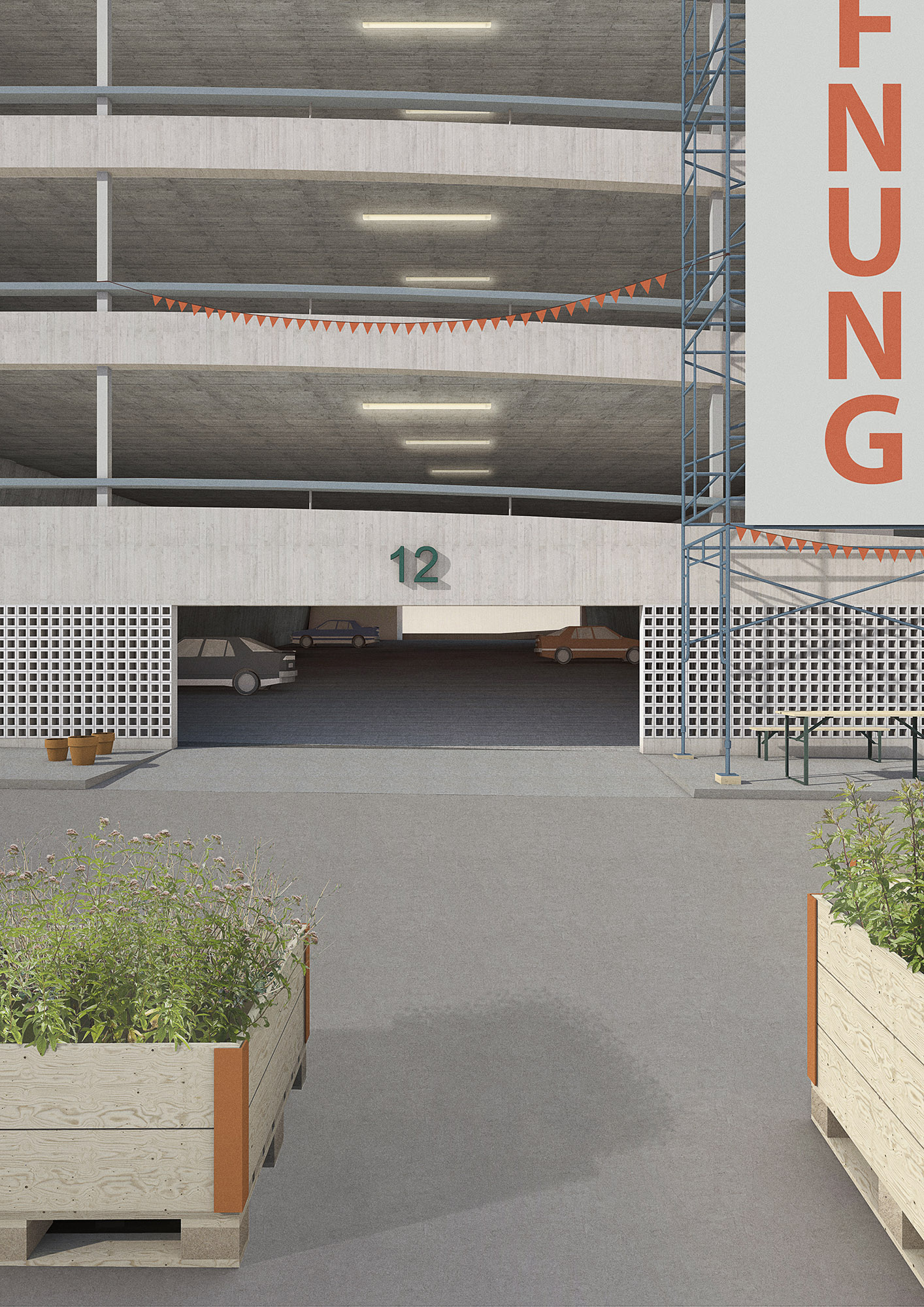 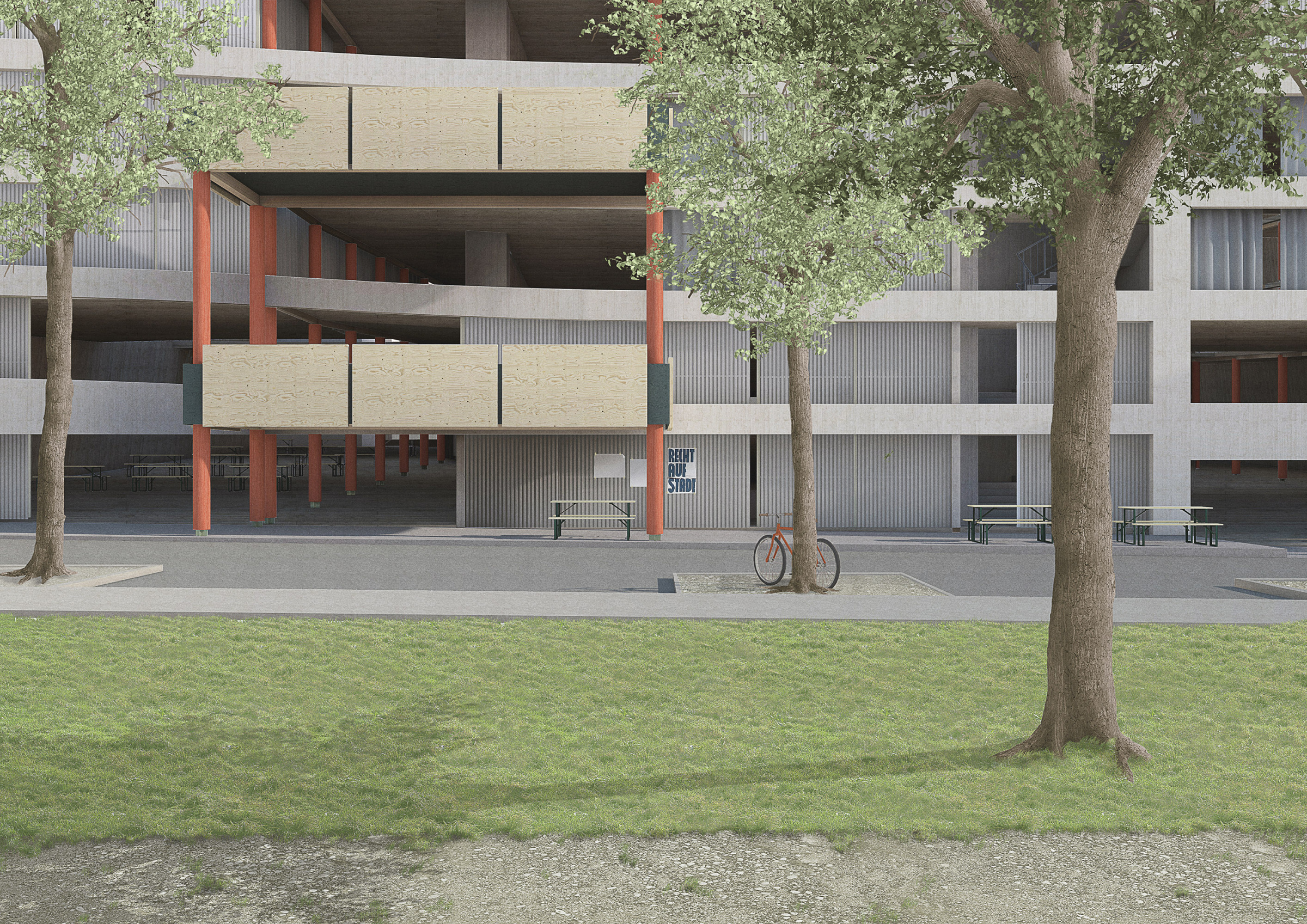 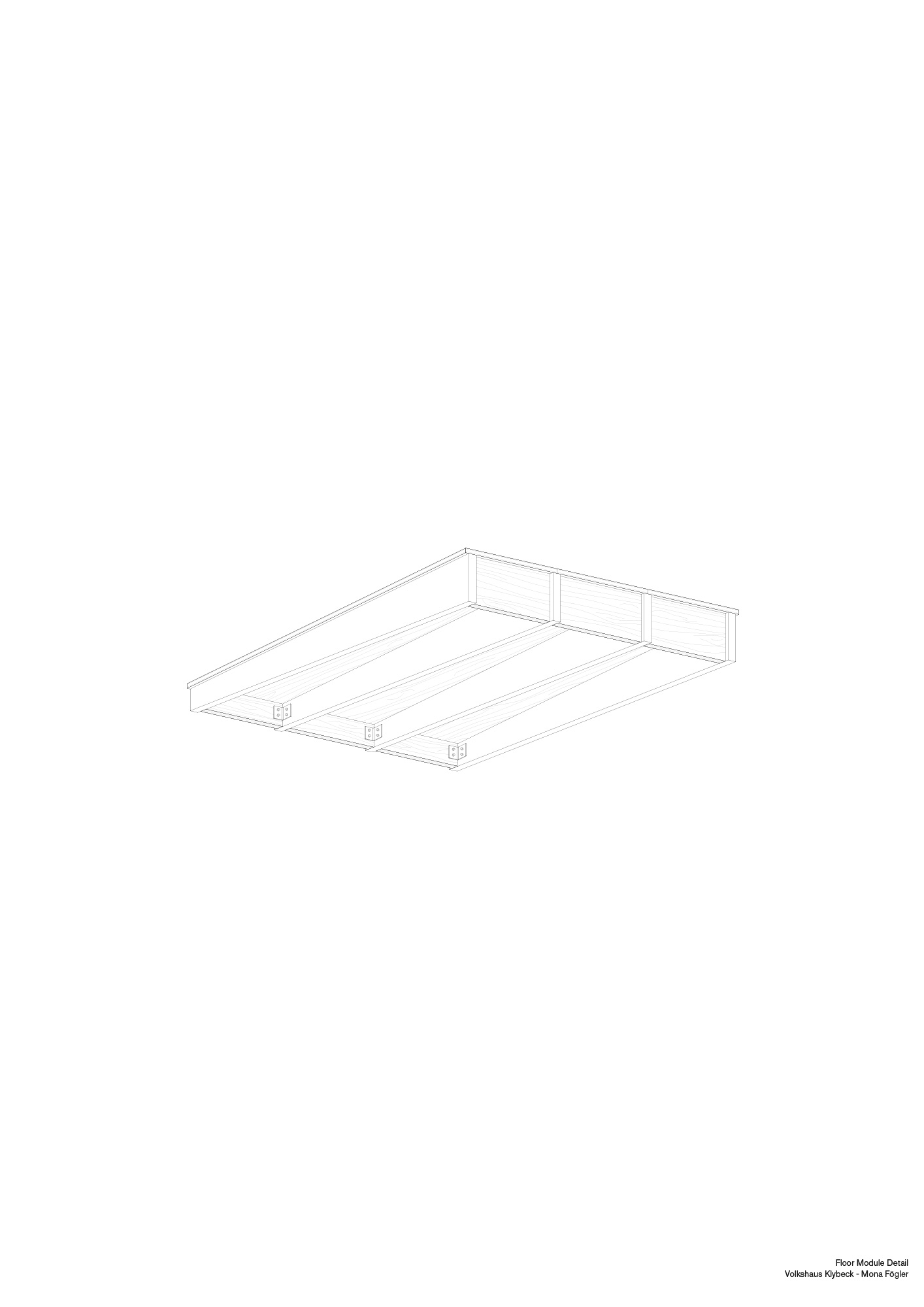 The design proposes the conversion of the former parking garage of CIBA (Chemical Industry Basel). Today, the building is owned by Novartis and can only be used by its employees. The building is the only one of the available buildings situated on public land. Following the imminent departure of Novartis, the building is expected to be subject to the so-called „Heimfall“, whereby it will become property of the city.
The context is characterised by a high rate of foreigners, young people and low-income earners. The existing neighborhoods are organising themselves surprisingly well despite difficult conditions. There is a strong liveliness, which can be observed in numerous social and cultural institutions and their high frequency of visitors.
With the planned reorganisation of the former CIBA area, large-scale changes and gentrification processes are to be expected, which will lead to rising rents and eventually displacement.
In order to provide the local people with a public space of opportunity, a "Volkshaus" for Klybeck is to be initiated as an interface between the existing and new developments. In the spirit of the "Volkshäuser" of the emancipatory motivated labour movement around 1900, the project is organised on its own initiative in the form of a newly founded association.
In order to support the process of appropriation by the users, a temporal factor is included in the project: at no point should there be an end to the design process. Uses and interventions influence each other, the project is constantly in motion. This also corresponds to the structural logic of the existing building. The ramp system of the double helix emphasises a continuous space, which becomes a place of community. The regular structure of the building is overlayed with specific situations on a human scale. The monumental structure stands self-confidently along Horburgpark and uses its existing representational power.