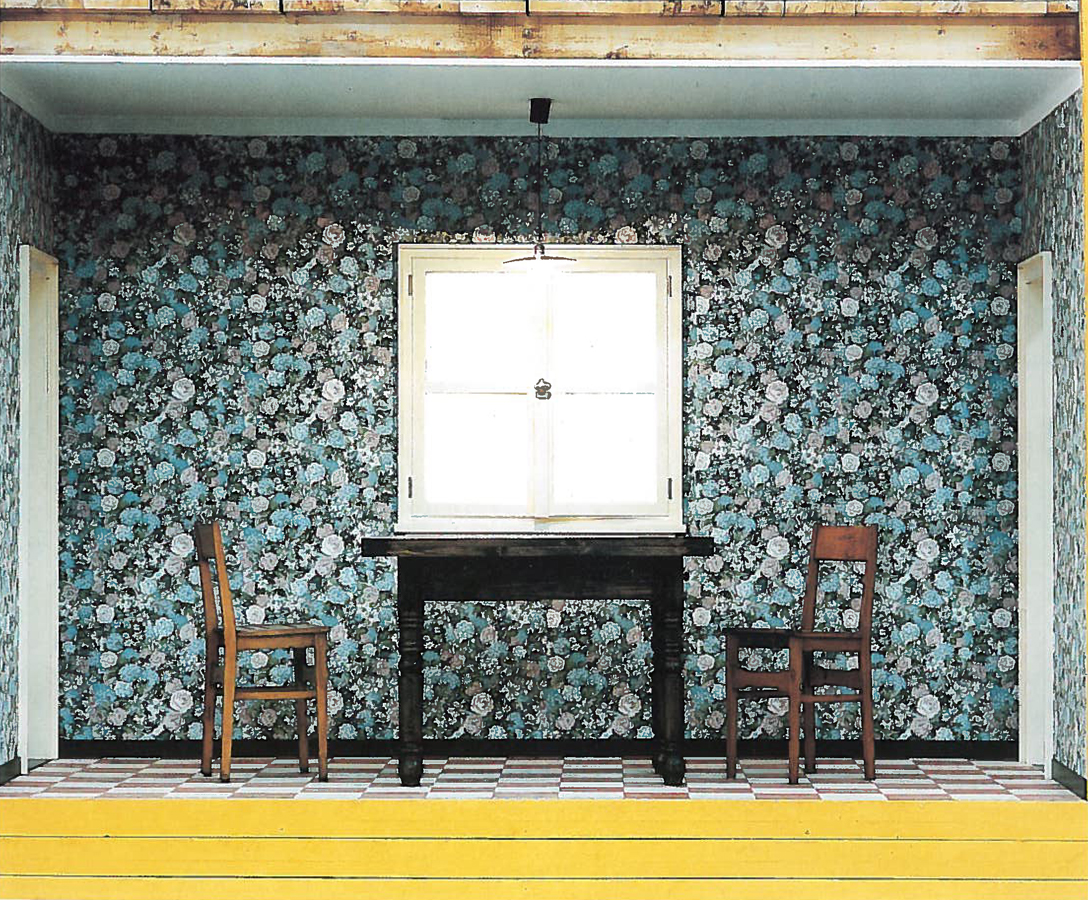 I had three chairs in my house; one for solitude, two for friendship, three for society. When visitors came in larger and unexpected numbers there was but the third chair for them all, but they generally economized the room by standing up. It is surprising how many great men and women a small house will contain.
— Henry David Thoreau, Walden, 1854

Although there are many types of dwelling and different kinds of households, the feeling of being at home is important to all of us, and it is part of human nature to seek it out. For each of us the idea of home is different, based on our childhood memories, our expectations and aspirations. There is also an architectural culture of home, which, before the late-nineteenth century, was concerned almost entirely with aristocratic and bourgeois patriarchal households. At the end of the nineteenth century social reformers and architects began to take notice of the alarming living conditions of the urban poor, and for the first time the design of homes was not only a matter for the upper classes.

At that time there emerged a rich discourse, from architects like Muthesius and Loos, around the subject of home and how the setting for domestic life should be different from the more rhetorical and representational settings for public life. The English Arts and Crafts house was a source of inspiration with its rejection of apparent formality.
Rambling exteriors that fit easily into their surroundings and equally rambling interiors suggested a less hierarchical domestic life and a more relaxed society. These new ideas of home extended what had previously been the preserve of the rich and powerful to the middle and even the working classes. The careful balance between history and the present, between physical construction and social custom that was developed in this architecture became overtaken, however, by the altogether cruder discourse of modernism, which cast the architect as an agent of social change. The dwelling became a scientific instrument to improve the lives of the people. It is curious how compelling the argument was for the machine à habiter, and even today, when no one seriously believes that the architect or developer are social agents for positive change, the efficiency and layout of the plan still triumphs over consideration of atmosphere, abstraction wins over comfort. We will try to redress this balance.

This semester we will study examples of homes where physical setting and lifestyle come together to form an indivisible whole. We will start with historical models that embody hierarchical social orders, houses by Palladio and Robert Adam. While trying to imagine the ways in which they were originally intended to be inhabited, we will also try to tease out how fixed the relationship is between their architecture and the manner of living it can support. Our study will also encompass less conventional examples where setting, use and social structure have been turned upside down, places like Andy Warhol’s factory, which was not intended to be lived in but was certainly inhabited around the clock. We will apply these lessons to the design of modest student houses on three sites in Zurich, where we will try to connect to the rich history of house design at the same time as opening up new possibilities for the collective and private, hanging out and working, male and female to co-exist in a new kind of balance.

The project will be developed initially in groups of two, and then individually.