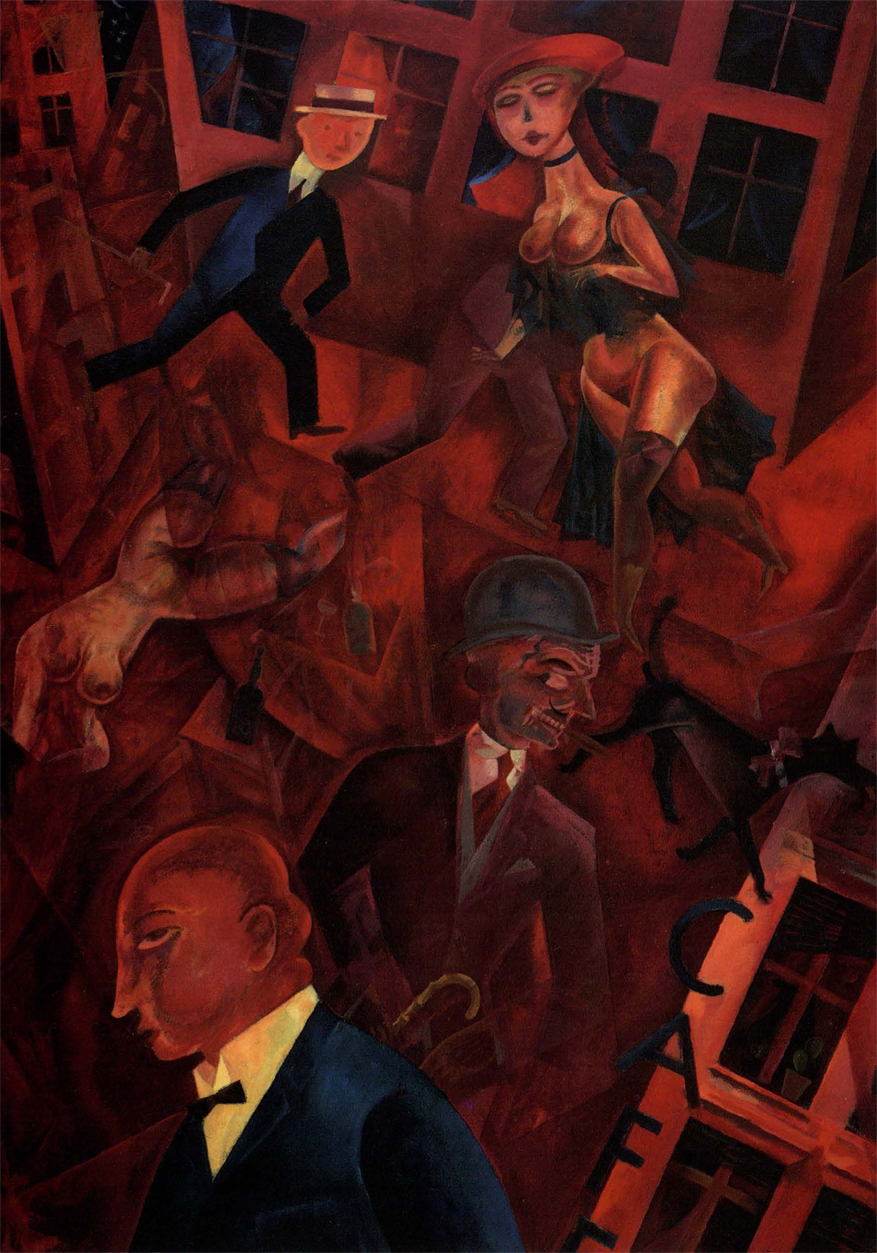 But it is amazing how the Big City, despite all its ugly buildings, despite all its noise and anything it can be blamed for, is for the one who is willing to see a miracle of beauty and poetry. It is a fairy tale – colourful, coloured and diverse like no other a poet has ever told. It is a home, a mother that is wastefully pouring luck over her children over and over again. This may sound paradox and exaggerated, but whoever is not blinded by prejudice, whoever understands to devote, whoever allows to engage intensively with the city will soon learn about the incredible beauty that are embraced by its streets, its countless wonders, its indefinite richness – open to everyone’s eyes but so little seen.
— The Beauty of the Metropolis, August Endell, 1908

The Metropolis is not simply about architecture, it is an all encompassing cultural condition. Like Fritz Lang’s film of 1927, which was inspired by the director’s first sight of the skyscrapers of New York, by buildings that seemed to be a vertical sail, scintillating and very light, a luxurious backdrop, suspended in the dark sky to dazzle, distract and hypnotise, the Metropolis is dynamic, immersive and all consuming. It is old and new, ugly and beautiful, empty as well as full. It is built with Expressionist, Art Deco, and other forms of modern architecture, and has inspired painting, literature and film. It is an embodiment of the brutal American-inspired dynamism of the Neue Sachlichkeit contradicted by the neurotic energy of the Weimar Republic. Like Haussmann’s Paris which provided the backdrop, and something of the impetus, for Manet and Baudelaire’s modern practices, the Metropolis provided a setting for the unsettling and brutal iniquities of modernisation in inter-war Europe. The Metropolis is realist and not idealist; it is more Grosz and Dix than Kandinsky and Mondrian.

This semester we will explore how the forms and the atmospheres of the Metropolis can be relevant to the contemporary city, how a complex and ambiguous idea of the city can provide an antidote to the gridiron master plan and neutral facades of developer-ready contemporary urbanism. We will attempt to develop a very liberal definition for the Metropolis, one that includes the Hamburg of Schumacher and Höger, but also Modernista Barcelona and Art Nouveau Brussels. It should also have place for the empty melancholy of the divided Berlin, the setting for Wim Wenders’ Der Himmel über Berlin, where absence and emptiness allow the present and the past of the city to be experienced simultaneously.

For weeks we went all over the city looking for a site for the circus, and this struck me as the emptiest place of all. In the city as centrifuge, this was the peaceful core, the eye of the hurricane. A great tranquillity reigned in the square, and suddenly rabbits and mice appeared, and even our elephant could move about there. Children played, there were those beaten paths, and it was possible to see the city in the background like an open history book. It was ideal.

We will work on the Gerold Areal/ ZKB Areal Zürich, the Kaserne Zürich and the Zürich Coach Station, large sites with existing structures and histories, complexities that have, so far, impeded the integration of these large central territories into the surrounding city. We will engage with the complications of history, of memories and of existing building fabric. We will also accept the economic pressures of contemporary Swiss urban development. We will attempt to design a part of the city where both capital and humanity have a place.

The project will be developed in groups with individual areas of design in the final building projects.

The integrated discipline Planning is included in this course