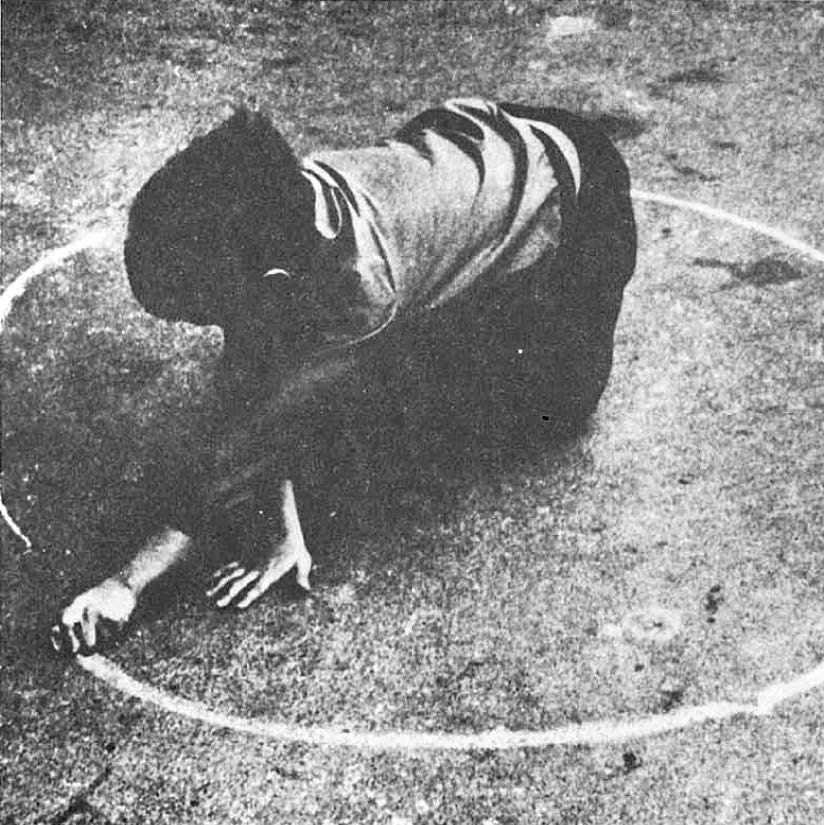 But that thinking itself belongs to dwelling in the same sense as building, although in a different way, may perhaps be attested to by the course of thought here attempted. Building and thinking are, each in its own way, inescapable for dwelling. The two, however, are also insufficient for dwelling so long as each busies itself with its own affairs in separation instead of listening to one another. They are able to listen if both – building and thinking – belong to dwelling, if they remain within their limits and realise that the one as much as the other comes from the workshop of long experience and incessant practice.
— Martin Heidegger, Building Dwelling Thinking, 1951

Building Dwelling Thinking anticipated a crisis for modern architecture, when the scientific paradigm of modernism no longer seemed so certain and a new generation of architects were challenged to find ways of enriching their work. Heidegger’s text describes a condition of dwelling found in vernacular settlements that arise free from concepts of architecture and urbanism, a kind of harmonious balance between human existence and its setting. By recalling qualities that exist outside of the architectural discourse and outside a specific time, Heidegger’s argument was neither a rappel d’ordre, nor a wholesale rejection of modernity.

The text is a great favourite of architects and its wilful obscurity has allowed all manner of interpretation and misinterpretation. At the end of the 1950s, however, its ambiguous message with regards to modernity and progress would find an audience amongst the second generation of modern architects, especially those associated with Team 10. Heidegger’s philosophical primitivism was taken to heart by sophisticated European architects like Aldo Van Eyck and Peter and Alison Smithson who’s studies of North African settlements informed by anthropological structuralism would form the basis of a new and enriched attitude to modern dwelling. All too often these references to pre-modern settlement and to the discourse of the social sciences seem, in retrospect, to be naive as well as patronising. It would have been more productive for these architects to just look at the city around them. Although the expanded geometries and concrete material of new brutalism suggest a gritty new realism, the housing projects, schools, and orphanages that emerged from this sensibility were as lacking in complexity as the crisp stucco volumes that came before.

The time for utopia is over, but it is striking how many of the criteria that underlie the design of dwellings today continue to be informed by modernist ideas. There is nothing wrong with efficient apartment plans and flexible site layouts, but these things are not enough to produce rich and meaningful places to dwell and beautiful cities to develop. One can fairly say that the whole of the 20th century did not succeed in developing the idea of the city, and that the European city, in its many forms, and its late 19th opposite, the garden city, remain the most compelling models for collective settlement. The succession of ‘utopias’ that are the legacy of the 20th century have all fallen short because of their inherent abstractness, insistence on being the answer to the problem of housing, and indifference to the surrounding, existing city. The design of dwellings is a cultural and not a social act. It is politics that can solve the problem of housing, architects can try to sustain and develop humanity’s greatest cultural artefact, the city.

This semester we will look at a wide range of housing areas that have been built in and around Zurich. We will also study the utopias that provided the model for many of these examples. Although we will look at the architecture of these places, at the plans and site layouts, we will look more closely than is usual at the characteristic landscapes and urban spaces that make these areas into places. We will try to understand why some of these places have become rich and complex parts of the city and its suburbs, while others remain detached, resistant to the usual social forces of the city. This is not a matter of scale, density and building heights, but rather one of quality and character. We will then design new settlements on three sites around Zurich where we will try to capture the qualities of society and complexity that were evident in the best of the examples that we studied. The semester will be run in collaboration with the landscape Chair of Günther Vogt.

The project will be developed initially in groups of two, and then individually.

The integrated discipline Planning/Landscape is included in this course