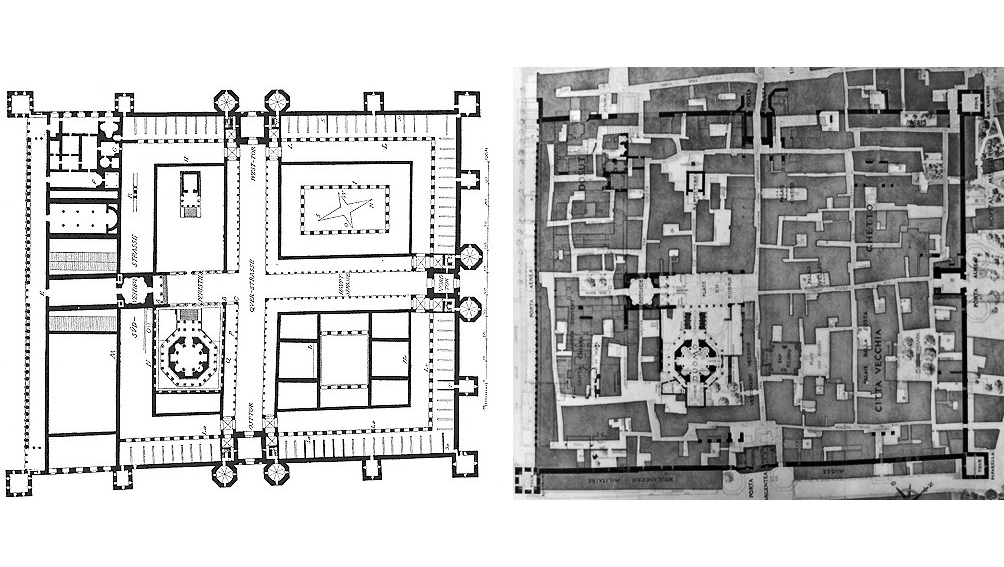 Since the war there have been four hundred mills constructed in Lancashire. One sees buildings in places that were meadows three years ago. Yet the buildings are so smoke stained they appear to have been used for a hundred years – colossal masses of building substance are being constructed by builders alone without any regard for architectural principles, solely for utilitarian ends and rendered in red brick.

Until architects begin to design for outer space, all projects will be made within specific physical and social contexts, and therefore, are modifications of an existing situation. A situation without qualities, tabula rasa, these do not exist, at least not in this world. As soon as one builds, a dynamic process of inhabitation, adaptation, and further building is set into motion. This is not a situation to lament, no architecture is so precious that it should not, in some circumstances, have the capacity to be altered. This is true of our cathedrals and public buildings, it is also true of industrial buildings like the ones that Schinkel described during his visit to the Midlands and North of England at the beginning of the 19th century, structures so rude that he considered them not to have been touched by the culture of architecture. These buildings are now Grade 1 listed monuments and enjoy a new life accommodating luxurious loft dwellings and cultural institutions. This transformation in the physical condition as well as the social perception of structures can also occur at an urban scale. The city of Split is the re-inhabitation of the Roman emperor Diocletian’s palace, an imperial palace that fell into disuse and after a time, became the structure for a city. Although the Roman architecture is today visible mostly as a fragmentary network of masonry ruins, the spatial morphology, the hierarchy of rooms and courtyards of the palace, is still embodied in the core of the modern city.

The idea of re-use is not only a physical operation, it can also be a way of thinking that can inform the design of new buildings. John Soane’s Bank of England was built on an extremely constrained site in the City of London. In order to achieve a appropriate monumentality and coherence, and in response to the great difficulties of the site, where the new banking halls were enmeshed into the complex existing building fabric, Soane conceived of the Bank as a sublime Roman ruin, a set of grand interiors excavated, almost discovered, within the volume of the site. Lacaton Vassal’s school of architecture in Nantes is conceived of as a newly built, found industrial structure. Very loosely inhabited by its current programme, the building suggests that programme and the ways in which buildings are inhabited necessarily change more quickly than the physical structures that accommodate them.

This semester we will study the potential of re-use at the urban scale of Split as well as at the more intimate scale of a Zurich restaurant interior. We will try to develop a sensibility that celebrates the fleeting and dynamic relationship between physical structures and programme. This is a dynamism that forces us to think beyond rhetorically empty architecture that desperately clings to illusions of its symbolic significance, in the positivist sense of the 1950s, or in the consumerist sense of today. We will apply these lessons to the design of a new ETH Department of Architecture. There will be two sites for the project, the 1970s HIL building on the Hönggerberg campus designed by Ziegler and Lanter, and the late 19th, early 20th century HG building designed by Semper and Gull on the central campus.

The projects will be developed in groups, with individual areas of design in the final projects. The integrated discipline Construction is included in this course.