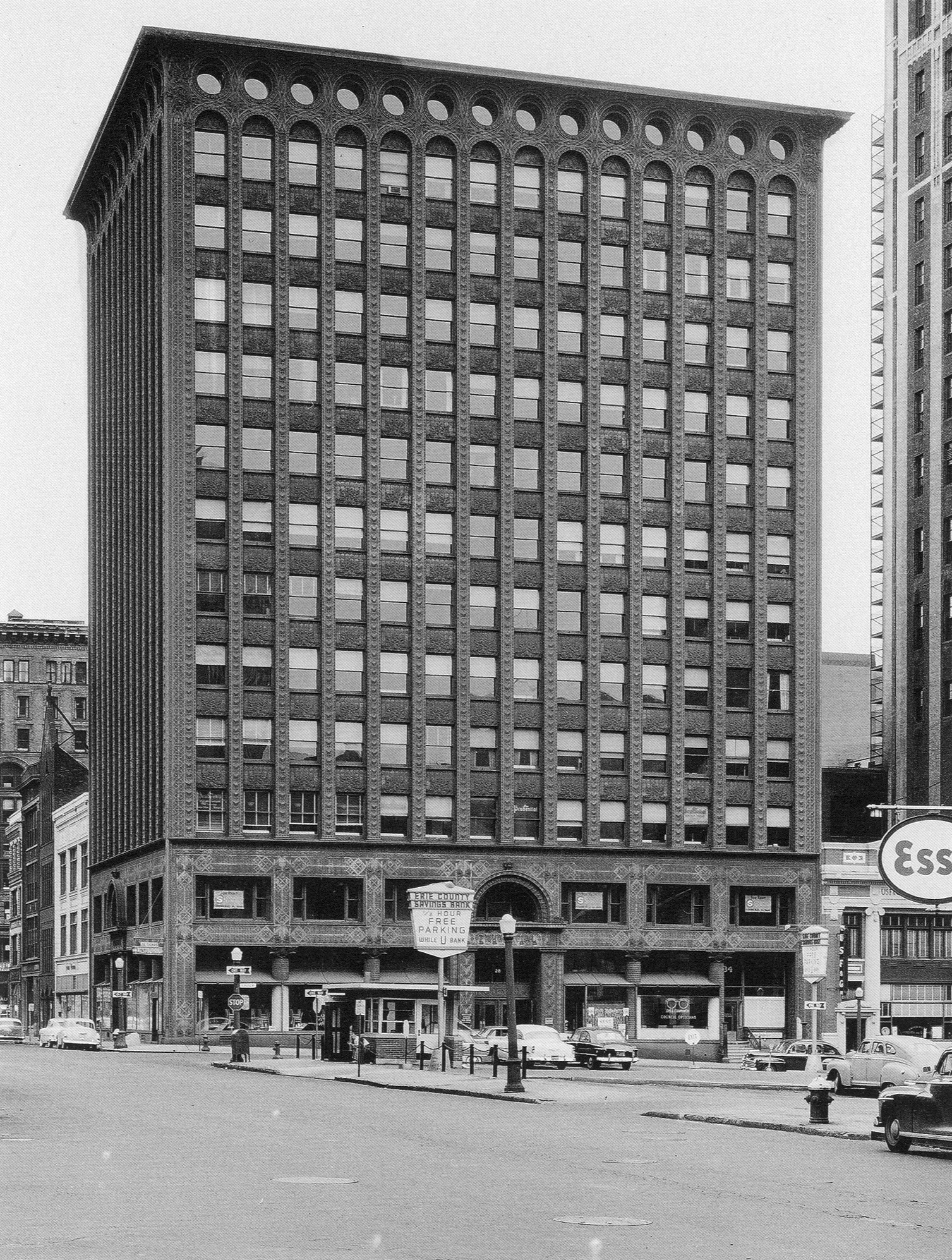 The architects of this land and generation are now brought face to face with something new under the sun – namely, that evolution and integration of social conditions, that special grouping of them, that results in a demand for the erection of tall office buildings.

It is not my purpose to discuss the social conditions; I accept them as the fact, and say at once that the design of the tall office building must be recognised and confronted at the outset as a problem to be solved – a vital problem, pressing for a true solution.

So begins ‘The Tall Office Building Artistically Considered’, Louis Sullivan’s most influential essay, written in 1896, just after he completed the Guaranty Building in Buffalo, his most perfect skyscraper. As he makes clear in the title, the problem of the tall building is not a technical one but an artistic one. The first paragraphs of the essay set out the bald facts of the modern office building and delineate the technical means that have been offered by the construction industry, the steel frame, the elevator, and caisson foundations. The body of the essay is concerned with how this raw material can become a part of the discipline of architecture. Sullivan’s narrative is suffused with an American transcendentalism, full with the mystery of nature and its capacity to be at the root of new forms. Although less explicit about how the history of architecture could inform the requisite renewal of architecture, the Guaranty Building and the whole of Sullivan’s oeuvre demonstrate a deep engagement with that history.

Gottfried Semper never went to Chicago. His Bekleidungstheorie, however, permeates the formal innovations of 19th century Chicago architecture, where a substantial proportion of architects and engineers understood German and where a leading figure like John

Welbourn Root would translate Semper’s lecture On Architectural Styles for publication in English. The particular intensity of these architects’ development of a decorated structure, something to give meaning to the apparent emptiness of the modern office building, realised the potential of Semper’s theory perhaps even more powerfully than the work of the German master himself. The great innovation of this architecture was to reconcile ever larger and more physically intense structures with the continuity of the city.

The technical means to make an office building have changed surprising little in the last 120 years, except that the buildings have become fatter and taller. The typology remains an empty one and the scant programme of the urban office building is at odds with its inflated volume and significant presence in the city. Paradoxically, this emptiness has become more and more evident in the image of the contemporary office building, either because of an overemphasis on volumetric articulation at the expense of surface elaboration, or as a perverse celebration of emptiness.

This semester we will address these defects in the design of office buildings. We will seek to renew the important relationship between the office and the city and explore the potential of trabeation to give expression to this reluctant actor in the city. At only thirteen storeys the Guaranty Building clearly illustrates that a building does not need to be very tall to be a skyscraper. We will design skyscrapers in central Zurich. The projects will be done in groups of two Students.

Introduction: 21 February 2012, 10 am, HIL F 61
The integrated discipline Construction is included in this course