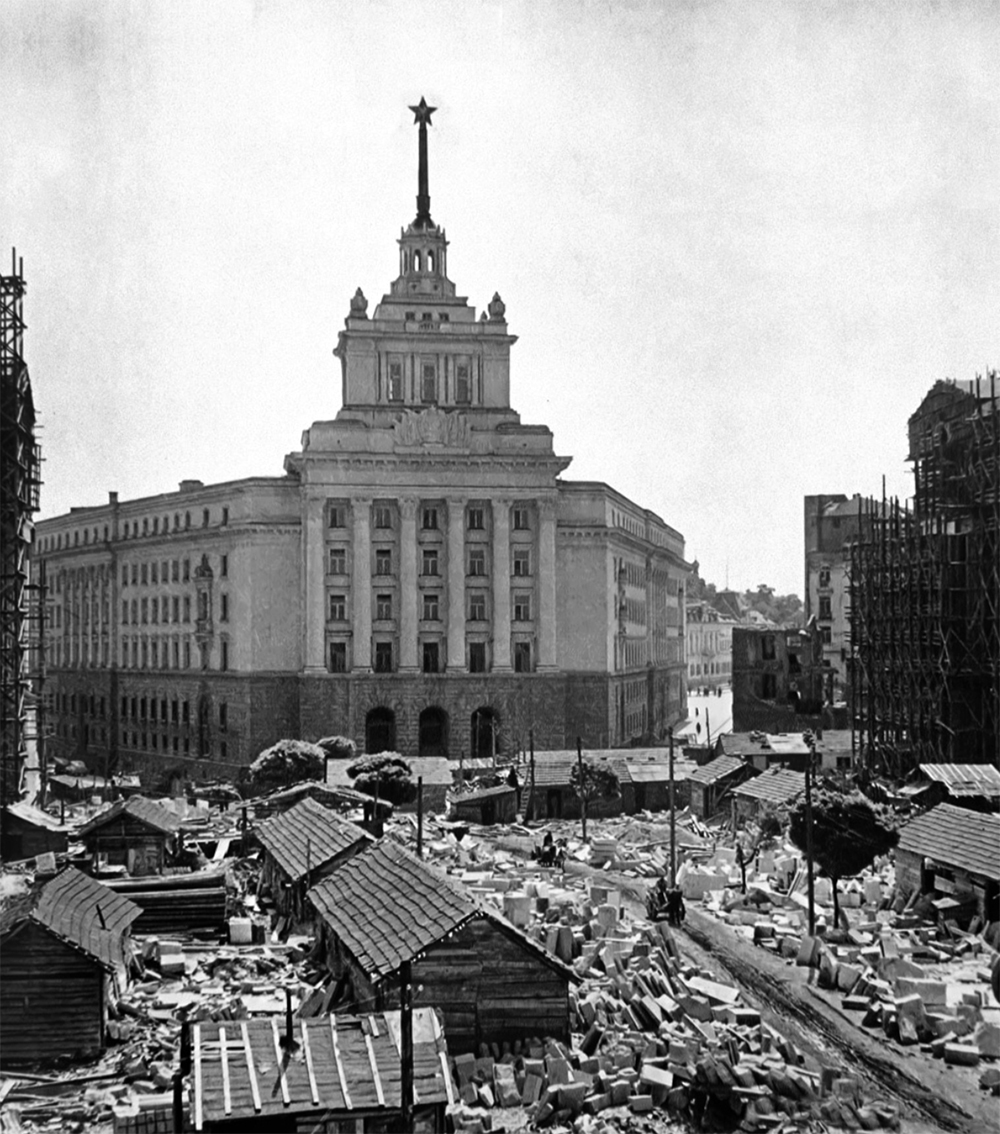 Construction of the Largo, headquarters of the Bulgarian Communist Party in Sofia, 1950

‘There are the Thracians, who have lately come here and lie apart from the others at the far end of the camp; and they have Rhesus son of Eioneus for their king. His horses are the finest and strongest that I have ever seen, they are whiter than snow and fleeter than any wind that blows. His chariot is equipped with silver and gold, and he has brought his marvelous golden armor, of the rarest workmanship - too splendid for any mortal man to carry, and meet only for the gods.‘
— Homer: Ilias, 10

We will travel to Bulgaria in our continuing search for fragments of Utopia. An ancient nation at the core from which our western culture developed, it is the place where gold working and smelting was invented in the fifth millennium BC, and where the first European monastery was established in the 4th century AD. Its ancient Christian culture was challenged by five centuries of Ottoman rule, and its Kingdom became a Communist Republic after the second world war. In today’s open Bulgaria we will study how these diverse cultures and ideologies have left their mark on the architecture and urban culture of this country.

The costs are approximately 700 CHF including Transportation, Accomodation, 2 Dinners, Entrances, Guides and Reader.