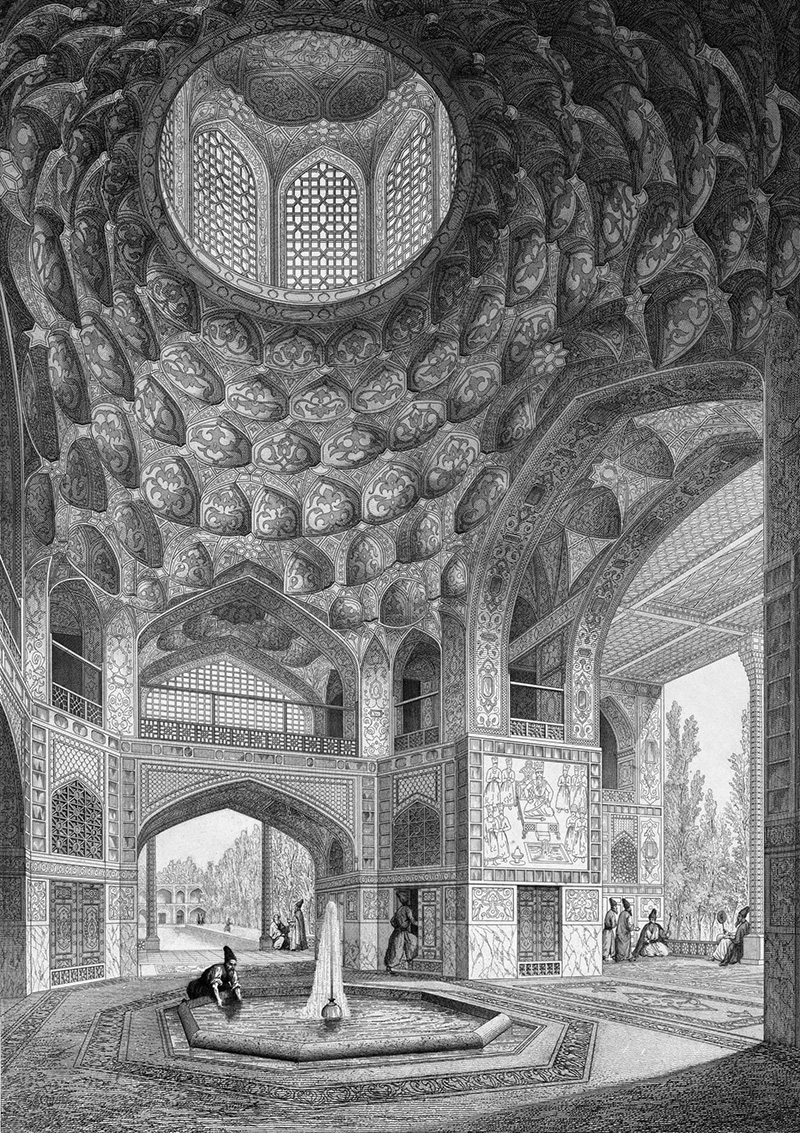 At dawn finally departure to Isfahan! An hour long way leads us through monotonous desert area, with undulated, brown clay ground, that seems to be created for increasing the surprise, before the city of shimmering blue domes becomes visible in the midst of the freshness-promising oasis. One thinks of the curtain rising up above a theatre stage, because suddenly two bald mountains unfold in front of us, and a Garden of Eden slowly reveals itself to our view. In the foreground meadows greet with great white flowers, that dazzle the eye like white snow, in contrast to the dusty monotony of the desert. Then appears a forest with poplars, meadows, oak and plane trees, until one discovers the numerous blue domes and countless blue minarets of Isfahan! It is a grove and city at the same time.
— Pierre Loti, ‘Vers Isfahan‘, 1904

We will travel to Iran for our seminarweek, where we will spend most of our time in the city of Isfahan. Located 1400 meters above sea level, it is set in an oasis against the backdrop of the surrounding desert mountains. We will study the rich architecture of this fascinating city, that flourished in the 16th century under the Safavid dynasty, when it became the capital of Persia for the second time in its history. We will visit a range of places - from extensive explorations of the city fabric, to private residences and representative palaces, to garden compostitions and caravanserai - in order to better understand the artistic relation between Orient and Occident, that once had a close cultural and economical connection in the hellenistic, byzantine and roman period for almost a millenium. We will further visit the city of Kashan and take a journey through the desert, travelling on the paths of Shah Abbas, who established this road to reach his summer residence at the caspic sea.

The costs are approximately 2200 CHF including Transportation, Accomodation, 1 dinner, Entrances, Guides and Reader.